The founder and former CEO of Unity, David Helgason currently serves as the company's executive vice president of communication and strategy. In ten years, he grew Unity into one of the most popular engines in game development, covering a variety of platforms. David talks about how Unity has adapted over the years, the future of alternate reality and virtual reality, and his eclectic taste in movies.

David, how has Unity changed over the years in order to serve customers in a market that changes so rapidly?

You know, we didn't even call Unity an engine in the beginning. We thought of it as a tool to help developers build the games that they wanted to build. At first, we focused on small platforms, where the target specs were pretty low. When mobile started to grow, we targeted that -- around the time the iPhone 2 came out. At the time, the hardware was super low end. As the market grew, our customers became more and more demanding, wanting to build bigger and bigger games. Then we started working closely with the console manufacturers. These days, AR (alternate reality) and VR (virtual reality) are really taking off, so we're working closely with that as well. We're constantly working to try to stay ahead of the curve and provide our customers with all the technology that they need. It's very different when you're working on a high-end VR game than an iPhone 2 game in 2008. [Laughs]

We've been very lucky that we have a lot of customers that are happy to pay. Unity doesn't really cost a lot, but we have enough customers that are happy to pay the pittance it costs. That enables us to aggregate the revenue and hire a lot of great people. We've been hiring like crazy in order to invest really deeply and long-term into the Unity platform.

When we started, we were out to democratize game development. We wanted to significantly change how games were built and who could build games. We wanted to expand that universe, so we had to give people great tools.

Would you describe some of the more recent tools Unity has offered its customers?

In the last few years, we saw that when you solved a significant portion of that problem -- helping people make the games they want to make, with the performance and robustness they want on the platforms they care about -- the next problem is how they can get their games discovered. Obviously, we didn't invent that problem; it's a universal problem -- for any competitive industry, but it's especially visible in the games industry. Being a central player in the games industry, we wanted to work on that and think we can add something to that conversation. The first step towards that is having tools that help developers analyze their games' performance -- Unity Analytics.

We have Unity Ads in order to monetize the user base that doesn't otherwise monetize. Different people have different numbers, but it's invariably in the high 90-percent that doesn't monetize. Whether it's 96 percent or 98 percent of the people that never spend any money on your games, it's in that range. The very logical question for addressing those people that never spend money is, "Can you at least show them some ads?" For a lot of companies, that can be the difference between breaking even or not or making money or not, which can ultimately determine whether you have enough money to build your next game or not. We've been promoting Unity Ads for the last year and it has been performing fantastically. It has proven to be a great way to monetize good games that don't monetize themselves inherently. For instance, Crossy Road is a great example. It's a great game, but kind of a burden for people to spend money on it. People love it so they keep playing, and if they don't want to spend money they can optionally watch ads on it. They're not forced to, but a lot of people choose to do that. 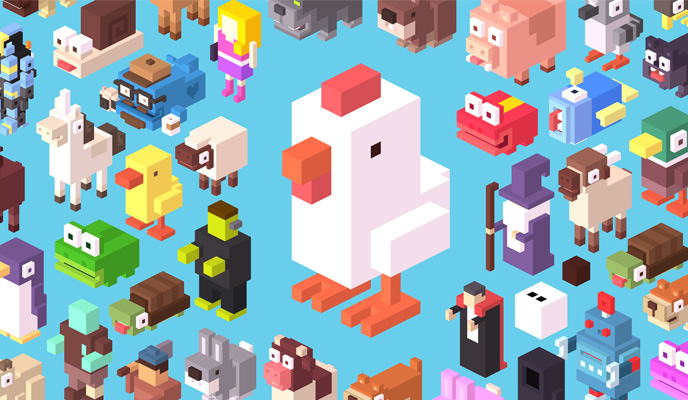 Touching on something you said earlier, you mentioned that VR and AR have been keeping you busy. While they're certainly keeping a lot of developers busy, many consumers aren't sold on them just yet. What future do you see in AR and VR?

You know, I guess nobody actually knows. It's still a side project for us and not the thing we focus on, because we have a lot of big fish to fry with the platforms that are currently big -- iOS, Android, PC, and all the current-gen consoles. Like many other people, we have a strong hunch about AR and VR. I wouldn't call it anything more than a hunch, but it's a very strong hunch. [Laughs] Many of us at Unity feel this way -- that AR and VR can get really, really big. If that hunch is right then we should stay ahead of that evolution, so that's what we're doing. We're working very closely with the VR companies. We've announced a very solid collaboration with Oculus, but we're looking at all the other VR platforms and making sure that Unity performs fantastically well on them.

I feel as confident about VR becoming big as anyone, but nobody knows how fast it's going to grow. Are we looking at mass market distribution in a year, two years, three years, or four years? Nobody really knows. The first commercial kits seem to be coming out at the end of this year and the beginning of next year. Will they go out to a couple of million -- which almost seems certain -- or will they go out to tens of millions? Will they ever go to hundreds of millions? And if they do, when? My guess is as good as anybody's, but we're willing to stay ahead of the curve because it's a fantastic experience.

AR is very different. The intuition that a lot of people have, myself included, is that AR will be more focused on non-game uses. VR will be more for entertainment and AR will be for more serious, non-game uses. As great as AR is and as compelling as AR is, it's a tall order to ask people in the workplace to put it on. It's a very personal and very overwhelming experience. People talk about using it for training simulators and visualizing architectural designs -- things like that. It seems compelling and interesting. It's not clear to me that normal people with normal jobs will want to spend a lot of time in that world. Some of the people that I've spent time with that are most interested in AR are making automation software, security systems, manufacturing operations, and things like that. These people want to have situational awareness, but also want to be able to see extra layers of information.

Are AR and VR currently the most exciting areas of the business for you? Or is there something that you're more excited about?

The breadth of platforms is really exciting for us at Unity. For a while, several years ago, if you weren't on a console, you were sort of nobody, right? Then suddenly, it felt like if you weren't on Facebook, you were sort of suicidal. [Laughs] Five minutes later, it felt like if you weren't on mobile, then you were dead. These sentiments are always somewhat wrong, but these are the feelings we get as an industry sometimes. Now consoles and mobile are still going strong, but there's a lot of great PC gaming. Now we have these great potential platforms, like AR and VR. The overall picture seems to be that there's an overwhelming variety of opportunities.

There are people that make games with Unity that are successful on all the platforms I mentioned, aside from AR and VR since there isn't really a meaningful distribution model yet. Palmer Lucky said in a press conference this past Spring that approximately 95 percent of the Oculus apps he saw were made with Unity. We know that a lot of the demos that were shown for AR systems were built with Unity. We know that if either of these platforms happen to become big, we'll be very present. That is, of course, very exciting for us.

How about going forward? What excites you about the future of gaming?

I'd say it's the variety. You see a lot of strange, unusual, and creative things happening -- games that going back a few years I couldn't imagine being successful and today they are -- Surgeon Simulator, Kerbal Space Program, things like that. Something that I have very high expectations for is My Summer Car. It's a stunning game. You build a whole car from the ground up. That's the game! [Laughs] It's being built by this one Finnish guy, who according from what I've been told isn't a programmer at all. He's building it all with Unity and visual scripting systems on top of Unity. It's not the most advanced looking game, but it's really complex. Seeing games like that, Monument Valley, and Year Walk -- all these games that are just kind of out there -- and just going back a few years, it was impossible to think that these games would make any money. Now these games are doing well. Some of them are making tons of money and in other cases they're making enough to fund a studio. We're in a golden age of opportunity and creativity. I think it's completely wonderful. 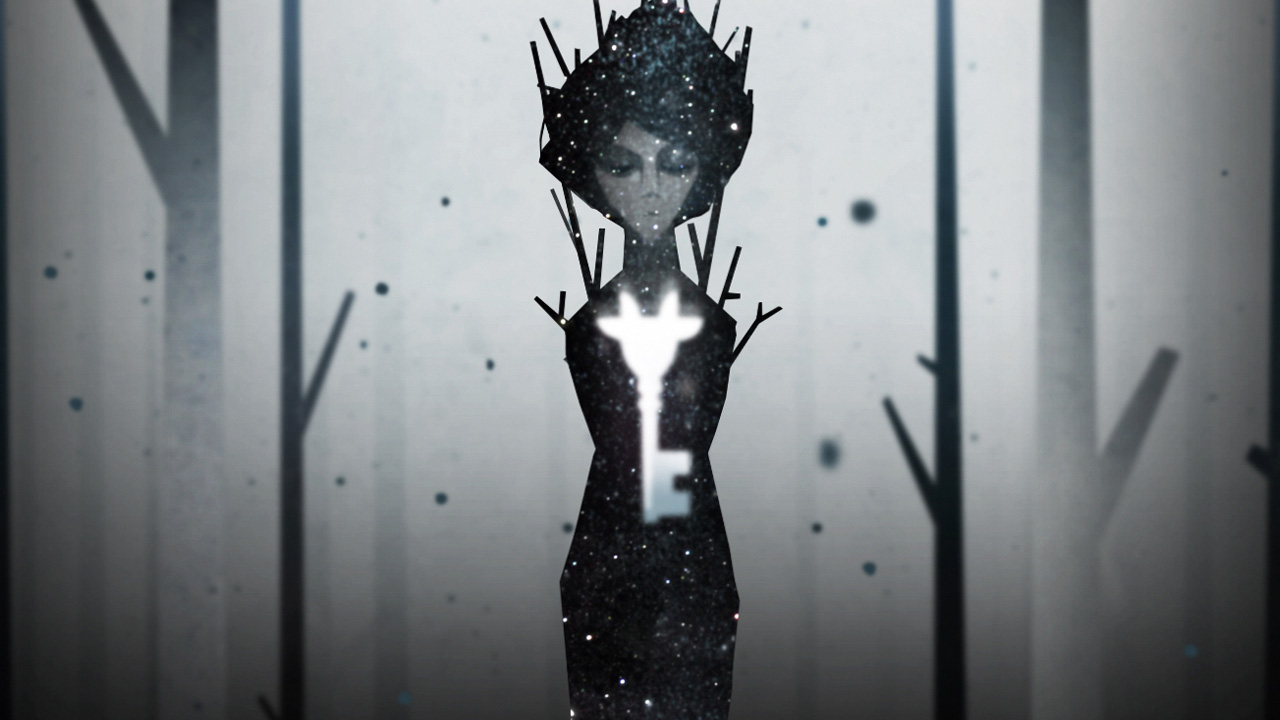 Are there any studios you're working with that have surprised you with what they've able to do with Unity?

Creative Assembly has done some amazing things with Unity. They're building a multiplatform game for PC and mobile. It's basically the full Total War experience. You can play on both PC and mobile, switching between the two fluidly. It's just wonderful. Creative Assembly is one of my favorite studios of all time. Seeing them build something so complex with Unity is really wonderful. The whole range -- from that to My Summer Car being built by this one Finnish guy -- having the same tech used by all these different people, it's just really humbling to be part of all these things.

David, I'd love to move onto some pop culture questions, if you don't mind. What was your favorite movie from the last year?

It's probably Mad Max, but to be honest, I just saw it last night. [Laughs] It basically blew away everything else that I've seen a while. It's such a wonderful, wonderful movie. It captures the old stuff so well, while being really creative and making things look fresh. I saw it in 3D and it made such good use of 3D. That's the best movie I've seen in the last year.

How about your all-time favorite movie?

That's a tough one, man. I can get so nerdy and I almost shouldn't say this.... Let's go with the movie that I've seen the most times, which isn't the exact answer to your question -- Underground by Emir Kusturica. It's just so amazing and full of awesome things. It was sort of big in Europe at some point. That's the movie I've watched the most times.

The other one that I've watched probably as many times is Prospero's Books. That's by Peter Greenaway. It's the Tempest by Shakespeare put in a very abstract setting. If you like weird movies then you should watch it. The Tempest is already a weird play, but Greenaway gives it a very strange treatment. He reflects on the time it was written in and made some wacky stuff.

David will be speaking at D.I.C.E. Europe 2015 in Barcelona September 13-15. Click here to learn more and register for the conference!