Kabam’s senior vice president of studios Aaron Loeb has had numerous roles in several sides of the videogame business. He has served as an executive at Electronic Arts and Planet Moon studios. Prior to working in game development, he was a pioneer in online videogame journalism. Aaron is also an accomplished playwright, with works that have been performed in major New York and San Francisco theaters. In addition to talking about his D.I.C.E. Europe session, Aaron talks about how his experiences as a playwright and journalist have influenced his career in videogame development.

Aaron, may I have an overview of your D.I.C.E. Europe talk?

My talk will be about the evolving tastes of players in free-to-play mobile. The basic premise being that the past five years of development in free-to-play have been characterized primarily by people speaking of success as essentially random, because it was impossible to predict whether players would like something or not. We believe at Kabam -- and I believe pretty strongly -- that we're coming out of that period. Free-to-play players are starting to express pretty specific tastes. I'm going to talk about what those tastes are and how one can best prepare to develop games that I think people will enjoy in the coming five years.

I'm going to use the Chinese, Japanese, and South Korean free-to-play markets as examples, because they've been in it for longer than we have in Western markets. Those markets have developed a sophistication of taste that Western markets have only recently started to see. 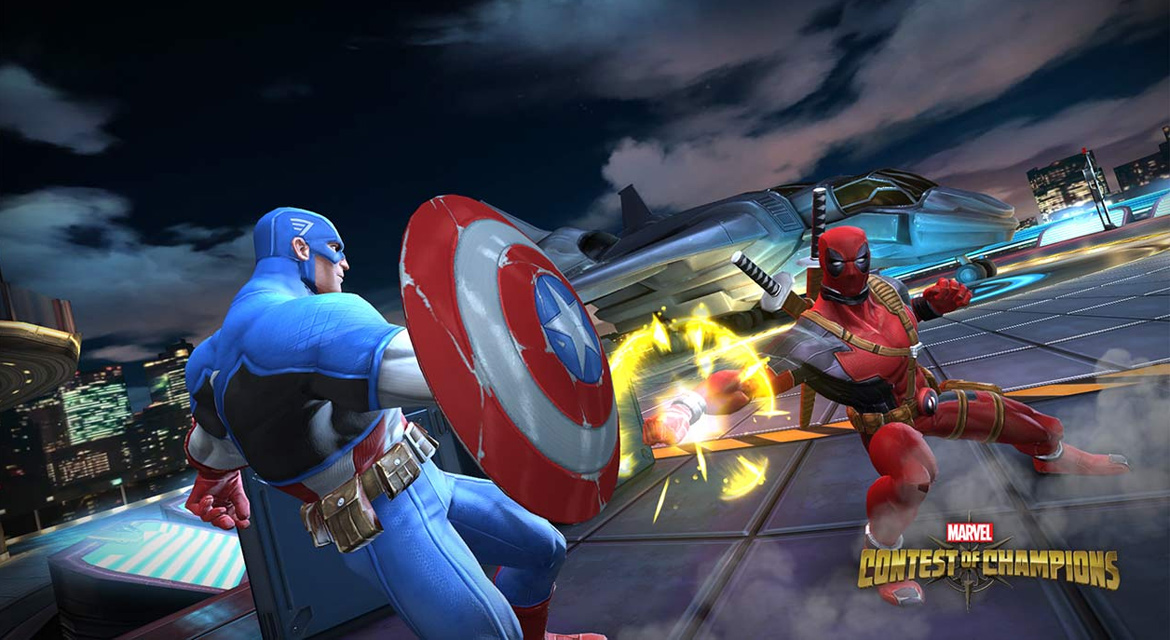 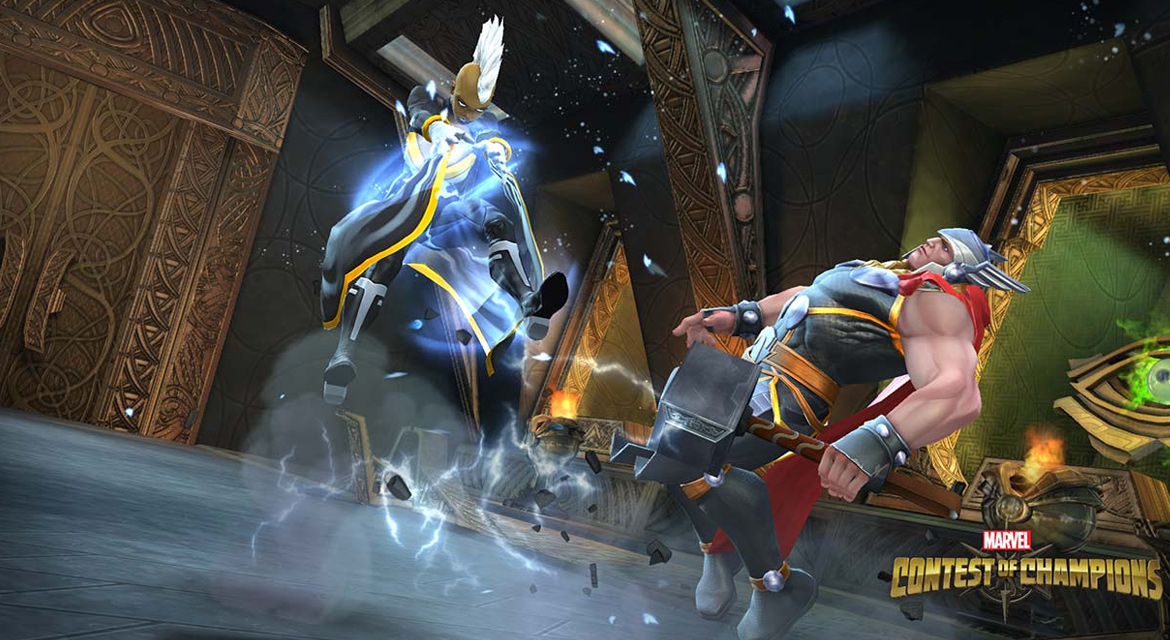 Has the free-to-play market gotten large enough that you're seeing significant groups of genre-specific customers?

Absolutely! We're seeing that quite strongly at Kabam. Way more so than in the past, free-to-play players are expressing their genre preferences when deciding what to download. A game from a genre with a broad appeal will get far more downloads than a game from a niche genre. Even more than that, genre influences when people even go to a landing page for a game. If you've clicked on an ad or if you've seen a game featured, and you go to the landing page where you decide whether or not you're going install the game, more now than in the past, people are showing pickiness about that page.

It used to be quite predictable, how many downloads you'd get from a feature slot. Now it's highly variable based on genre and highly variable based on genre per country. In some countries certain genres are extremely popular and in other countries those same genres are extremely unpopular. Again, players globally are demonstrating greater and greater sophistication about what they actually want to play and what they don't want to play than they did a few years ago.

You were a longtime game journalist. Did your experience in that field prepare you at all for what you've done in game development?

For a little while there, no. For what I'm doing at Kabam, very much so. As you know, when I was a journalist, I was entirely in the web space and was never really on the print side -- even back in the '90s. Learning how to talk to an audience every single day, learning how to see what they're interested in or not interested in, and figuring out how to target your editorial to cover the topics the audience actually wants to hear about and how to target your editorial to come up with stuff that the audience doesn't yet know they want to hear about -- those are all things that help me today. The biggest stories back in that era were ones that you couldn't predict with stats, because it was news and something exciting. Your next biggest stories were about things your audience already knew they liked. If you wrote a story about Diablo, a lot of people clicked on it because a lot of people love Diablo. That constant interaction with the audience has absolutely prepared me for the world of live-service free-to-play games.

As you know, in the years in between being a journalist and working for Kabam, I was working on packaged goods games. At the time, I missed the direct feedback loop with the audience. One of the biggest challenges with traditional, packaged games and one-time download products is that you're not constantly experience the energy from the audience. That makes it harder to figure out what they like and don't like, how you can make them happy tomorrow, and how to keep them happy.

You're probably the only person in game development that's also an accomplished playwright. Do those sides of your life ever cross over?

I think there's one or two others, but there aren't a lot of us. There are certainly people that write for games that also write for theater, but there aren't many of us. Do those worlds cross over in my life? Occasionally, yes. When I'm working with writers from one of our games, they take my feedback more seriously because they know that I'm also a writer. I'm not just an executive pinhead. [Laughs] Normally if you're a writer and you're getting feedback from the senior vice president of the studio you're thinking, "Why is this jerk talking to me?!? How can he possibly know the difference between good writing and bad writing?!?" So I do get some respect from our game writers because of my background as a playwright.

Certainly in my play writing, I've drawn from my career in games and things I've learned in that space. Some of my plays were explicitly about videogames. You'll recall that in 1999, after Columbine, there was a media storm about games -- whether or not they had something to do with Columbine. I wrote a play about that experience, almost ten years ago, called First Person Shooter. I have a recent play that uses language that's highly influenced by working management consultants and technical people working in videogames. Though the play is not in any way about videogames.

Are there any similarities in writing a script for a game and writing a play?

There are similarities, but there are also profound differences. The most interesting difference -- and I've actually talked about this in a theater publication -- is that in theater, most of the time your audience is going to experience things linearly and they're completely under your control. You are, as a playwright, essentially writing out a blueprint that tells the director and actors exactly how you want the audience to see something happen from the beginning to the end.

There's also a huge difference in the tools you use. Videogame writing is often very technical. Ken Levine has my favorite way of thinking about this. He compares videogame interaction with characters to tarot cards. They take on different meaning based on when and how you see them.

Since Kabam works heavily with Marvel, you're well-suited to answer this last question. Which Avenger do you most relate to and why?

I would never have said it before Age of Ultron, but now I'd have to say Hawkeye. The movie has made Hawkeye the most relatable Avenger -- from the fact that he leads a double life to the fact that he's extremely self aware of being surrounded by people with incredible talents, while he's a guy that just shoots arrows. That last part resonates tremendously with me. For whatever reason, in my life I've been lucky enough to work with some amazing people -- in theater, in music, and in videogames. I've worked with some unbelievably talented people, many who have gone onto become hugely famous. For instance, I used to be roommates with Gary Whitta, who just wrote a Star Wars movie. One of the things that I've loved very much in my life is being surrounded by incredibly talented people. That's kind of the way that I view my job -- to assemble the most talented people in the industry to make the best possible games. So in that respect, I guess I'm more like Nick Fury. [Laughs]

Aaron will be speaking at D.I.C.E. Europe 2015 in Barcelona September 13-15. Click here to learn more and register for the conference!