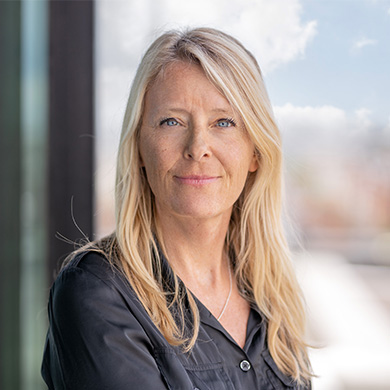 Rebecka Coutaz has been VP General Manager (GM) for game developer EA DICE in Stockholm, Sweden since December 2021. DICE is celebrating its 30th anniversary in 2022, and is the studio behind franchises

Mirror's Edge, Star Wars Battlefront, and for two decades the first-person shooter, Battlefield. DICE sits alongside Ripple Effect Studios (previously DICE LA), Industrial Toys, and a new studio in Seattle as part of the newly-formed Battlefield group at Electronic Arts led by Byron Beede, GM Battlefield, and overseen by Vince Zampella, SVP Group GM. Born in Sweden, Rebecka has been in the gaming industry for over 20 years, starting her career managing first party certification for PlayStation 1, and most recently at the Ubisoft Annecy studio as Managing Director leading teams working on Assassins Creed, The Division, Steep, and Riders Republic.

2022 marks 30 years of game development at EA DICE as well as the 20th anniversary for Battlefield. As part of Electronic Arts, the opportunities to collaborate across studios, as well as what a publisher this size brings, means the future for DICE at the heart of Battlefield is enormous. And all these teams have one thing in common when it comes to creating games  passion. Rebecka Coutaz (Vice President, General Manager of EA DICE) joined the studio late last year and her aspiration is for the studio to be proud of what they create together and deliver for players. In this intimate fireside chat moderated by Tanya Watson (President and COO, Bad Robot Games), Rebecka will be discussing the ongoing evolution and improvements for Battlefield 2042, but also what is being done to improve the environment for the people there focused on organization, structure, communication, roles, and responsibilities.