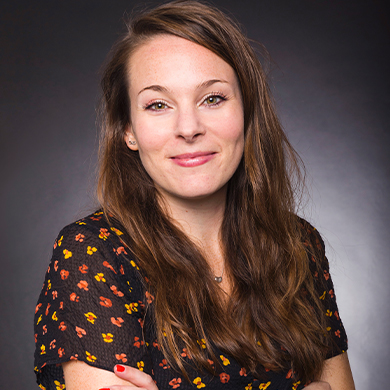 Leanne started making games over 18 years ago in the UK working on titles such as Scrabble, Risk and Magic the Gathering. After working for a 3rd party publishing division in Japan for a couple of years, she returned to the UK and joined Electronic Arts as Senior Producer. It was here that Leanne married her love for cars and games by heading up multiple Need for Speed titles including leading the transition to a community run live service. She then went on to create and head up Riot Forge - the 3rd party publishing division of Riot Games, making a variety of League of Legends story games. Leanne is currently at Netflix heading up external game development and helping to change the way we play games through Netflix. Leanne is a passionate ambassador for Women In Game and focuses on encouraging women to join the industry and creating diversity in teams through mentorship, panels, and events. - Head of External Game Development

Asmodee Group and Saber Interactive are two world-class companies and experts in their respective realms. Now, together under Embracer Group, the two companies are teaming up in all-new ways. Asmodee's Thomas Koegler and Netflix's Leanne Loombe will discuss their unique approaches and perspectives on the many ways different companies can work together to reach new levels of success post-acquisition.

Roundtable Topic:
Consolidation in Gaming: How Will This Change the Future of Game Development?

2022 is the year of mass consolidation with many large gaming companies such as Activision/Blizzard being acquired. Additionally, we see smaller indie developers and medium size developers like Glu joining the acquisition train, further fueling consolidation. What will the gaming world look like after all the consolidation? Will this consolidation make it easier or harder for startup developers? Will we see high profile talent leaving large companies and embarking in even more gaming startups?