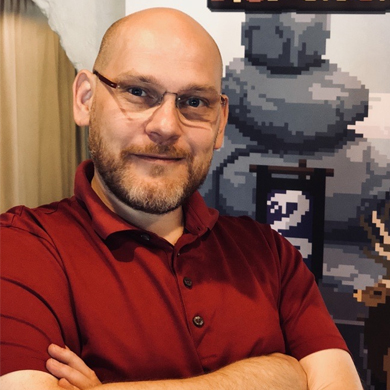 Jónas started as a developer implementing SW systems, but with a deeply rooted passion for games he began to teach courses on Game Design (Experience Design), operating systems and networks while also founding his own first game studio. Already as a teacher at the university he realised how he could positively influence and support the grass roots of the local IT / Creative environment in a Better Together spirit. From several board missions in the gaming industry through a position as VP for mobile, he formed Raw Fury 2015 to create the publisher he wish he had had as an early game developer; that treats people like people and games as art.

Radical Transparency  Costs and Benefits
As the gaming industry continues to quickly grow, there is a heavier amount of internal and external scrutiny about how games are made and the deals behind them. In this roundtable session, we will explore the lessons learnt from both the inclusion / lack of being open about our companies, such as Raw Fury showcasing its publishing agreement online. Questions we will explore include - what are companies willing to share with the industry next and why? And how can the industry increase transparency as a whole, including sharing data, deals, healthy environments, and care for those that ultimately make and support the art of games?