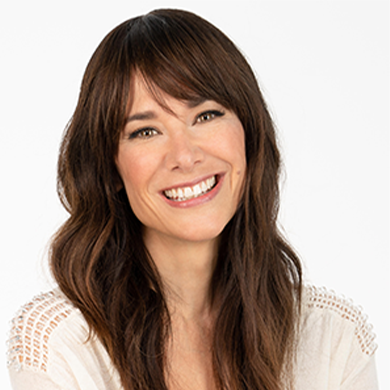 A Fireside Chat with Jade Raymond

Jade Raymond is the VP and Head, Stadia Games and Entertainment at Google.

Raymond has been passionate about games since her childhood in Montréal. She joined the industry as a programmer and has since been focused on bringing innovation, new mechanics and gameplay to action-adventure and online multiplayer games. Over the last 20 years, she has shown her passion for all aspects of game development playing key roles in programming, design, production, studio-head, and executive jobs. She is best known for helping create the Assassins Creed and Watch Dogs franchises, and for founding Ubisofts Toronto studio, which developed blockbuster titles like Tom Clancys Splinter Cell: Blacklist under her direction. Before joining Google, she was SVP and Group General Manager at Electronic Arts PopCap Vancouver and Motive Studios (Montréal), which she founded in 2015. Raymond was also responsible for the HD Star Wars portfolio across EA.

In recognition of her contributions to pioneering new forms of gameplay, and creating some of the industry's most successful franchises, Raymond received the 2019 Legend Award presented by the Videogame Critics Circle as well as the Pioneer Award at the 2018 Guggenheim Museum Games Festival. In addition to serving on the Academy Of Interactive Arts & Sciences Board of Directors, she currently sits on the Boards for both Women in Film and Television and C2 Montréal.