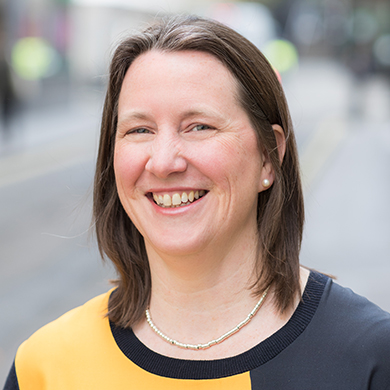 From Product to People: Taking London Studios Culture to the Next Level

PlayStation London Studio has always been at the forefront of technology. From the invention of new game mediums using innovative peripherals, to being early adopters in the VR space  we have never been shy of embracing the unknown and changing the way players engage with games. When everything is possible and you are heads down in game development, it is easy to forget what can really matter: your people.  You can have all the technology in the world, but unless your team is engaged and working well together, you risk affecting quality in games. Join London Studios Director of Studio Operations, Tara Saunders to discuss the studios journey over time and their renewed emphasis on what makes a successful team. Learn how their rebalance of focus from product to people has yielded successful results.

Tara Saunders is Director of Studio Operations at PlayStation London Studio. Having worked as a creative in the videogames industry for close to 20 years, she has grown to be a part of the studios senior management. In this role, she has established a team to develop the environment, culture, processes and people within the studio.

Taras background is in art and design and her passion for animation led her to a career in games, starting with Team Soho fresh from her masters degree in Computer Animation at the NCCA. When Team Soho merged with Psygnosis Camden to form PlayStation London Studio, Tara was working on in-game animation for the cinematics in The Getaway. Tara has risen through the business, moving from Cinematic Lead on The Getaway franchise to Studio Art Director, running the art department across all the titles including EyePet, Wonderbook, and VR projects. More recently, she has turned her focus to areas of the studio that support the development teams, driving improvements and change for the studio as a whole.

In her free time, Tara supports the next generation of game developers through mentoring other women in the industry, and contributing to a number of academic and advisory boards. She is an active member of BAFTA and supports the work that they do as part of the BAFTA Games Committee.

Originally from the South Coast, and now living in the Chilterns area of Buckinghamshire, Tara loves to escape the busy capital at the weekends to enjoy the outdoors with friends and family.