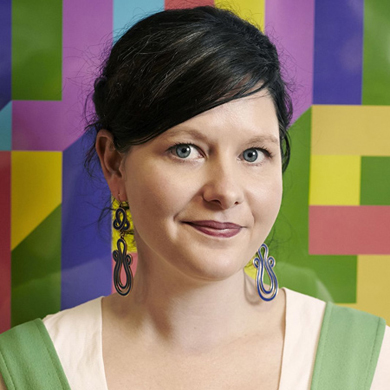 In this production and leadership focussed talk, Media Molecule Studio Director Siobhan Reddy reflects on her key learnings from two decades spend in game production. From Burnout to Dreams, her wide range of experience in both huge franchises and new IP give her a unique perspective on creating not just commercially and critically successful games, but cultivating a studio where amazing creators can thrive.

Siobhan Reddy is Studio Director at Media Molecule, the band of creative minds behind the hugely successful and innovative LittleBigPlanet game franchise, as well as the award-winning Tearaway for the PS Vita and Tearaway Unfolded for the PlayStation 4. The studio is currently working on the hotly anticipated PS4 title Dreams, the next evolution of Play, Create, Share.  Siobhan cut her teeth at Criterion, working on titles such as Burnout 3 & Burnout 4. She also sits on the Game Developers Conference advisory board.

Happiest in the space between chaos and calm, Siobhans role at Mm brings together her two passions: creating innovative, genre-bending entertainment, and bringing together creative collaborators. Fellow co-founders Mark Healey, Kareem Ettouney, Alex Evans and Dave Smith started the studio to meld their extensive games experience, shared passions for the arts and unwavering commitment to quality, and bring something a little different to the industry.

A strong advocate for diversity, Siobhan believes that the games industry should be a place for all, as its the quintessential medium of our time. Media Molecule projects strive to encourage players to get in touch with their creativity, and have their mind and soul tickled in the process.